We found out dreams can come true the day we discovered there is an Island near Hiroshima which is dominated by rabbits! Not just the standard hares you usually see in the wild but ones of various colours and cuteness.

The name of the Island is Ōkunoshima but is more commonly known as Usaga Jima which translates to ‘Rabbit Island’. Although now it is a quiet area of rabbits, campers and sightseers it does have a dark history as it was previously used to produce Japan’s chemical weapons for use in the Second World War. From 1929-1945 the Japanese army secretly made over 6000 tons of poison gas on Okunoshima, which had even been removed from maps of the area to keep it secret. At this time a colony of unfortunate rabbits had been brought to the islands to test the effects of the posion. This then leads to the belief that the rabbits remaining on the island are decendants of rabbits set free by workers after the war. However, it has been reported that all the rabbits were killed when the factories ceased production. Ellis Krauss, a professor of Japanese politics states “The test rabbits were all euthanized by the Americans when they came to the island during the Occupation… about 200 of the poor things were being used in experiments by the Japanese,” said Krauss.

Another theory is that about 8 rabbits were possibly released by school children in 1971 but there isn’t much evidence to back this up.
Not to let the past deter us we left Hiroshima nice and early and set off on our way to the fluffy destination as a stop off before we were to arrive in Kyoto. The Island is easy to get to by ferry and within half an hour, we were there, equipped with a bag of rabbit food.

The Island lived up to it’s name – rabbits﻿ were everywhere! And obviously used to all the visitors as they approached us with no fear to get their snacks. 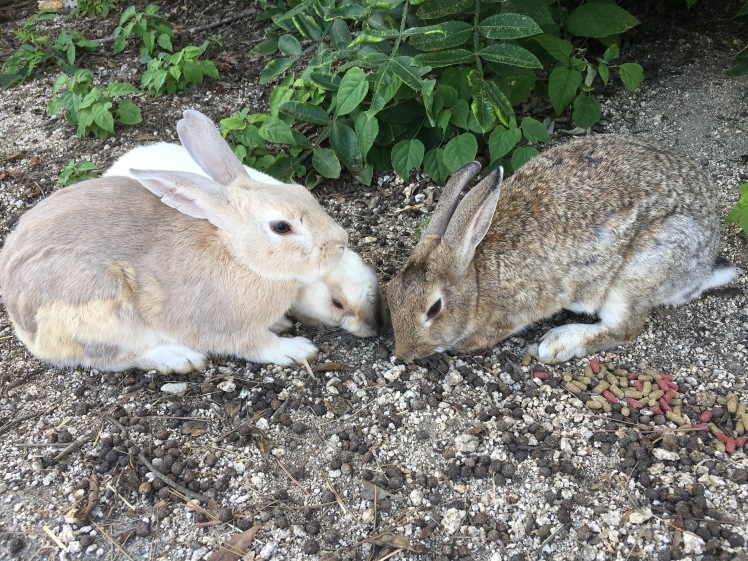 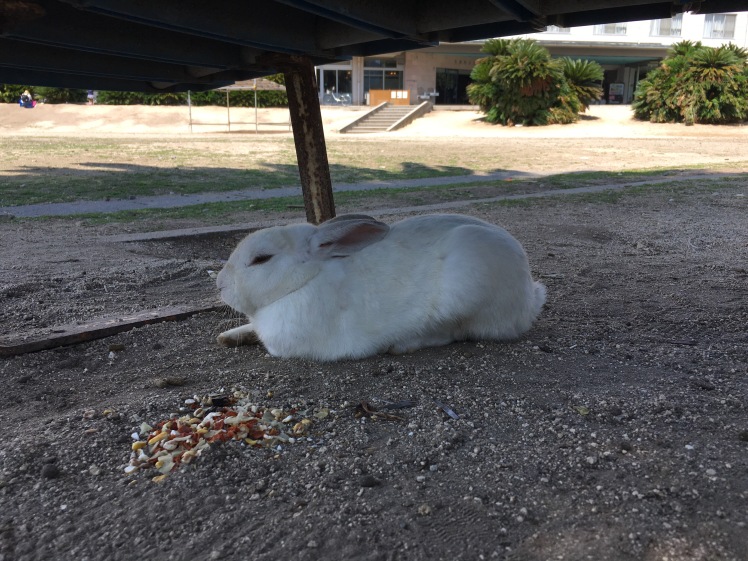 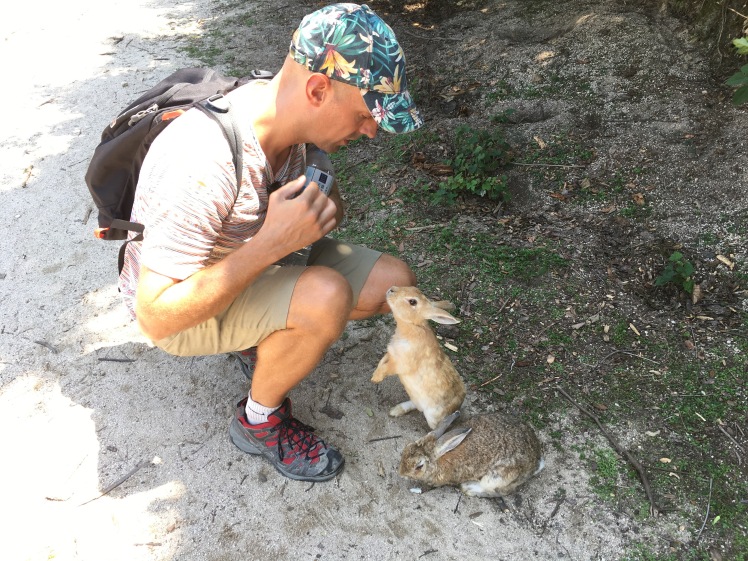 Aside from the rabbits the Island itself is beautiful, surrounded by clear blue sea and glorious sunshine. There is also a camping spot if you wanted to pitch a tent on the perfectly maintained grass (every place in Japan is unbelievably tidy) and a nature trail which gives you some great views of the surrounding islands. 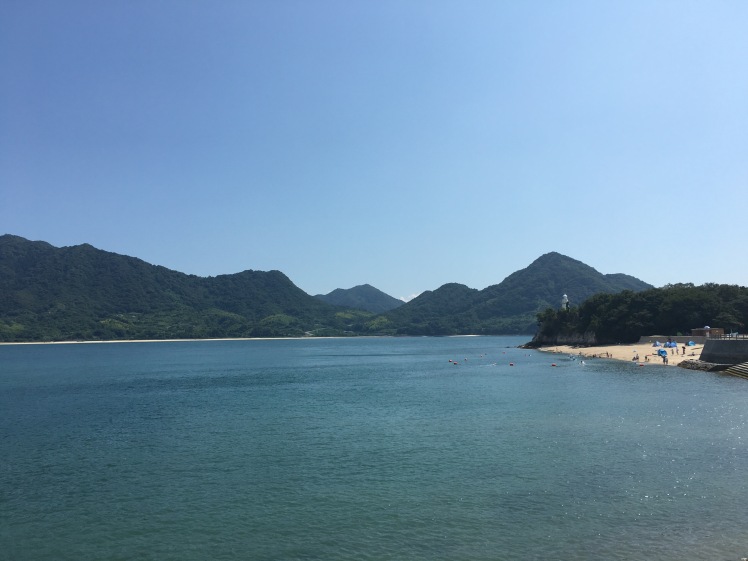 All in all a great afternoon, if you’re in the area and a fan of rabbits I’d definetly recommend the Island as a stop off.